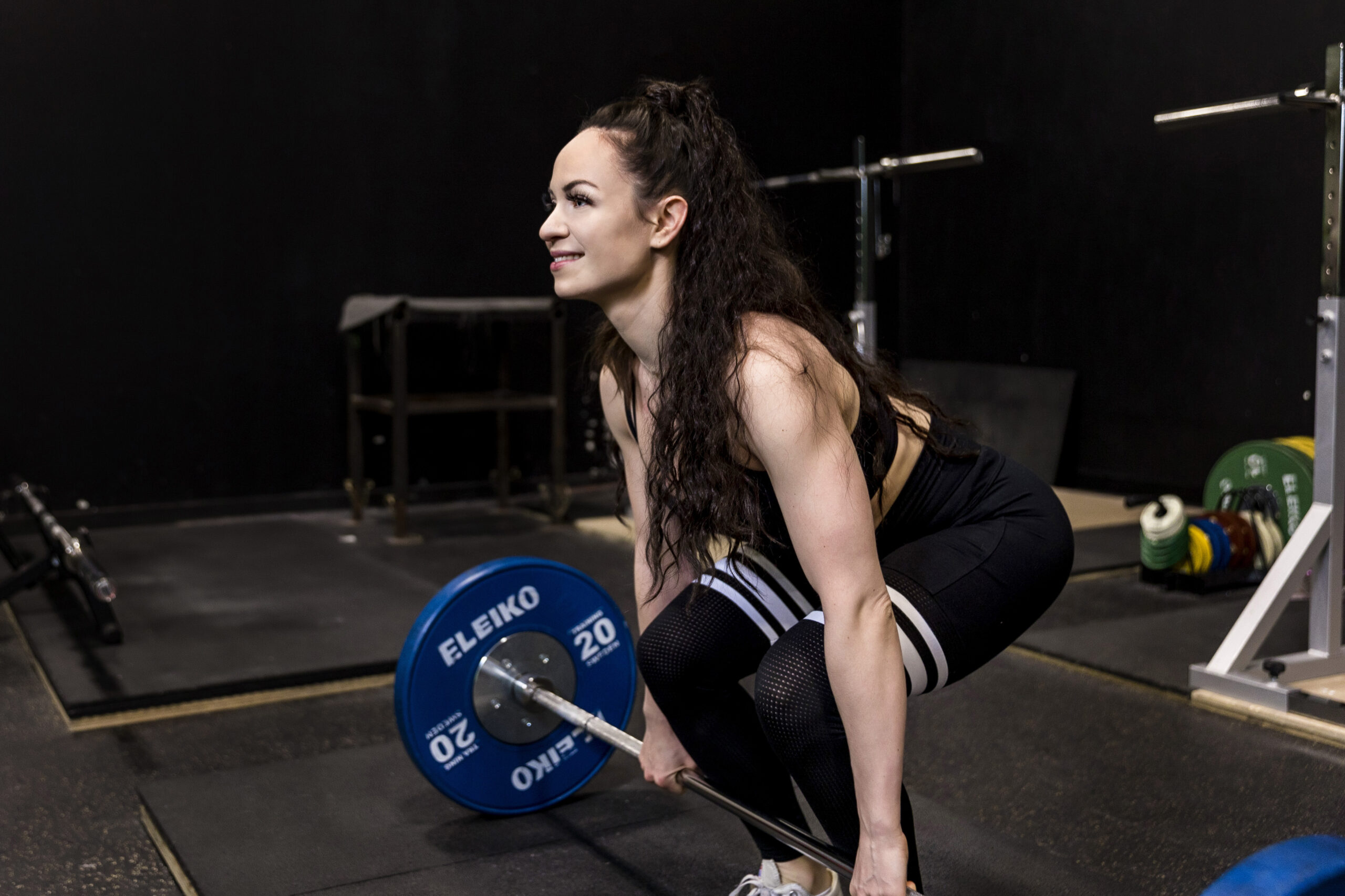 My initial interest in nutrition began as an athlete, so naturally I was eating for performance. As a track athlete, this was a fairly high carbohydrate diet, and based off the Canadian Food Guide. After a few years, I developed PCOS (polycystic ovarian syndrome), and IBS (irritable bowel syndrome). Initially I was following Western medicine’s approach to treating PCOS, birth control. Within a month I was hit hard by side effects: depression, anxiety, and extreme fatigue. I tried different pill forms and the mirena, all which didn’t work for me. I made the decision to try ANYTHING. My focus on nutrition now shifted from sport’s performance to hormone balance and digestive health. At the time, I had no idea how long this would take, all I knew is that I had to try. I wish I could tell you it was an easy and quick solution, but the truth is it was really, really hard. It took about 2 years to get both conditions under control, and another year until I was deemed PCOS and IBS free by objective measures (blood test, pelvic ultrasound, etc).

I was ready to find a new challenge, so I started to look into body building. I’ve never trained for aesthetics before, and I was interested in the level of grit it truly takes to compete. I also had a few more lofty goals: maintain my menstrual cycle, compete without doing a water cut, and be a natural athlete (100% drug free). Most female athletes lose their menstrual cycle from prolonged dieting, overtraining, and getting down to such a low body fat percentage. Water cuts are something 99.9% of athletes do to appear leaner than they actually are on stage, also called a “dry” look to their physique. The reality is that they needed a longer cut to achieve this “look” without dehydrating themselves to potentially dangerous levels. I’ll never forget being at a body building show and watching some of the girls having a hard time standing, due to the severe conditions they’ve put their bodies through. Drug use is another issue with the body building community. I’m sure there are probably some ‘safer’ ways to use them, however, there are consequences to every short cut you take, so I didn’t consider it as a viable option. The main benefit of steroid use is that you can maintain or even continue to put on muscle mass while decreasing body fat, something which is extremely difficult to do naturally.

So I hired a coach, picked a show, and got to work. My first mistake was I picked a show that was 3 months away, which gave me very little time to drop 15 lbs. I will say losing 15 lbs in 3 months isn’t unreasonable for someone who is overweight or obese, but losing 15 lbs off an already lean (approx 20%BF) female is completely different. The metabolic adaptations are different: thyroid function, ghrelin, and leptin. Metabolic rate decreases (thyroid hormones), ghrelin rises (increasing hunger), and leptin drops (satiating hormones). This is why so many girls “blow up” after shows, they genuinely experience ravenous hunger even when they’ve consumed adequate calories, causing rapid weight gain. Overweight individuals are less susceptible to these negative metabolic adaptations, which means they can diet for longer without these consequences. Why would this be? Overweight people have more reserves (body fat) to use as energy in potentially life threatening low energy conditions, like a famine. So there’s less of an “alarm” response to dieting. When you’re already lean and go on a diet, your body is fighting against you, because it thinks you’re in a life threatening situation. Your body is trying to keep you alive.

I quickly learned that you pick a show based on where your physique currently is, not the other way around. I needed more time.

After two months of consistently eating in a caloric deficit, losing about 1 pound of body fat a week, I experienced “prep” symptoms for the first time. Extreme fatigue, lack of motivation, hunger, and moodiness. There comes a point where your body adapts to the low calorie intake and exercise, so you need to either lower calories further, or increase output (exercise). I chose to increase output, since I didn’t want to eat less. I added spin classes on top of my scheduled weight training. The stress of training at such a high intensity, combined with low calorie intake, triggered my PCOS to come back for the first time in years. In just one week of starting spin, I had high testosterone and pelvic pain again. Oh, and I put on 10lbs in water weight. This was problematic for a few reasons: it conflicted with my goal to compete as healthfully as possible, holding onto EXTRA water weight means I would have to take a diuretic or do a water cut after all, and I felt like absolute shit. I could barely get out of bed, let alone train.

I made the decision to drop out of the show I originally wanted to do, and instead picked a show in March. Unfortunately, this doesn’t mean a free for all, and I can eat whatever I want again. I reverse dieted for 3 weeks following this decision, to prevent major weight gain. This is where you slowly bring calories back up, building metabolism back up to a normal rate (thyroid hormones). I’ll continue reverse dieting for another month or so, before going back into a caloric deficit. This time I’ll have four months to prep, starting at an even lower body fat percentage (about 18%).

My point is that going into body building isn’t a decision you should take lightly. It is not a state of health, even the way I’m doing it (as healthy as possible). The female body isn’t meant to be at 10-12% body fat. There will be consequences, especially if you don’t tread carefully. Hypothyroidism, infertility, and nutritional deficiencies are some of the top risks you run when you decide to compete.

Even still it’s something I’m choosing to pursue because I love the mental challenge it presents me. Prepping is HARD. Being hungry everyday is a major psychological challenge. Something else amazing happens though, you get to really SEE yourself, for all that you are. You get to see just how powerful you are as a human being, through all your grit, resilience, and passion for fitness. My goal isn’t to deter anyone from competing, but to present to you the reality of it. It will simultaneously break you mentally and rebuild you.

Privacy Settings
We use cookies to enhance your experience while using our website. If you are using our Services via a browser you can restrict, block or remove cookies through your web browser settings. We also use content and scripts from third parties that may use tracking technologies. You can selectively provide your consent below to allow such third party embeds. For complete information about the cookies we use, data we collect and how we process them, please check our Privacy Policy
Youtube
Consent to display content from Youtube
Vimeo
Consent to display content from Vimeo
Google Maps
Consent to display content from Google
Save
This site contains cookies (unfortunately not the tasty kind) to give you the most relevant experience. By clicking “Accept”, you consent to the use of all the cookies. That's right, all of them.
Cookie settingsACCEPT
Manage consent

This website uses cookies to improve your experience while you navigate through the website. Out of these, the cookies that are categorized as necessary are stored on your browser as they are essential for the working of basic functionalities of the website. We also use third-party cookies that help us analyze and understand how you use this website. These cookies will be stored in your browser only with your consent. You also have the option to opt-out of these cookies. But opting out of some of these cookies may affect your browsing experience.
Necessary Always Enabled
Necessary cookies are absolutely essential for the website to function properly. These cookies ensure basic functionalities and security features of the website, anonymously.
Functional
Functional cookies help to perform certain functionalities like sharing the content of the website on social media platforms, collect feedbacks, and other third-party features.
Performance
Performance cookies are used to understand and analyze the key performance indexes of the website which helps in delivering a better user experience for the visitors.
Analytics
Analytical cookies are used to understand how visitors interact with the website. These cookies help provide information on metrics the number of visitors, bounce rate, traffic source, etc.
Advertisement
Advertisement cookies are used to provide visitors with relevant ads and marketing campaigns. These cookies track visitors across websites and collect information to provide customized ads.
Others
Other uncategorized cookies are those that are being analyzed and have not been classified into a category as yet.
SAVE & ACCEPT